I have some art I keep here.


UPDATE: As of October 19, 2017 this process no longer works when working on raw photos from Nikon cameras(.NEF). A workaround which might not achieve quite the same effectw would be to export NEF files into 16-bit PNG files and then use GIMP to re-convert them to raw data before working with them. I am currently using a Canon camera so I will have the oppurtunity to test whether this still works with .CR2 formatted raws, but this guide is from back in early 2016 and it appears the way that GIMP handles raw data has changed slightly making editing .NEF files with the three seperate channels clearly visible in the waveform is no longer possible at the moment which makes replicating these skewed-rgb effects difficult without cheating and using traditional editing to fake it. Once I have a chance to test some more I will update the guide below accordingly.


I take the pics in raw and import into audacity

with ULAW encoding with a single audio channel (I forget which endian).

There should be three distinct parts of the waveform for RGB.

Make slightly different changes to each

After that import that as a raw image file into gimp

and use planar RGB with the resolution of the original image

and the same options listed perviously.

After experimenting with it for a while you can get the hang of what effects in which spots do what.


The following were taken on a Nikon and skewed as .NEF files back in 2016 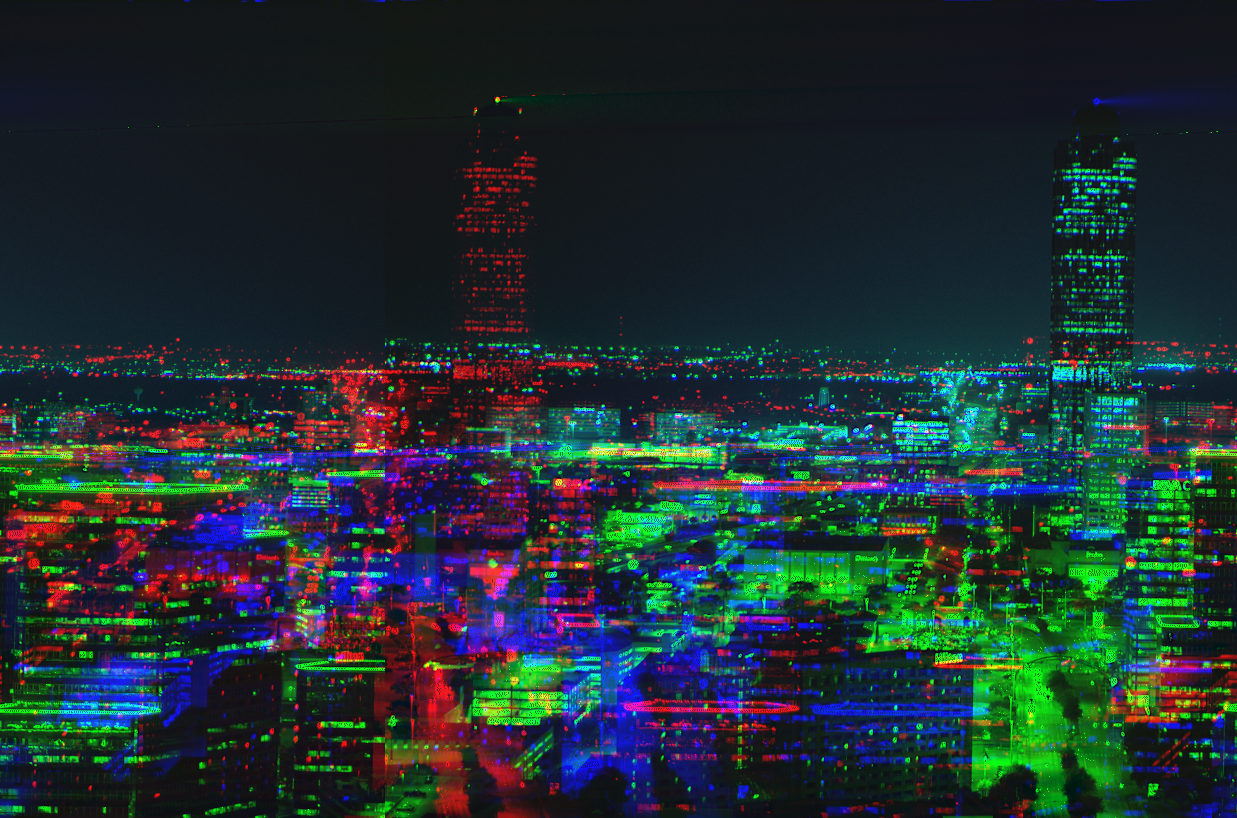 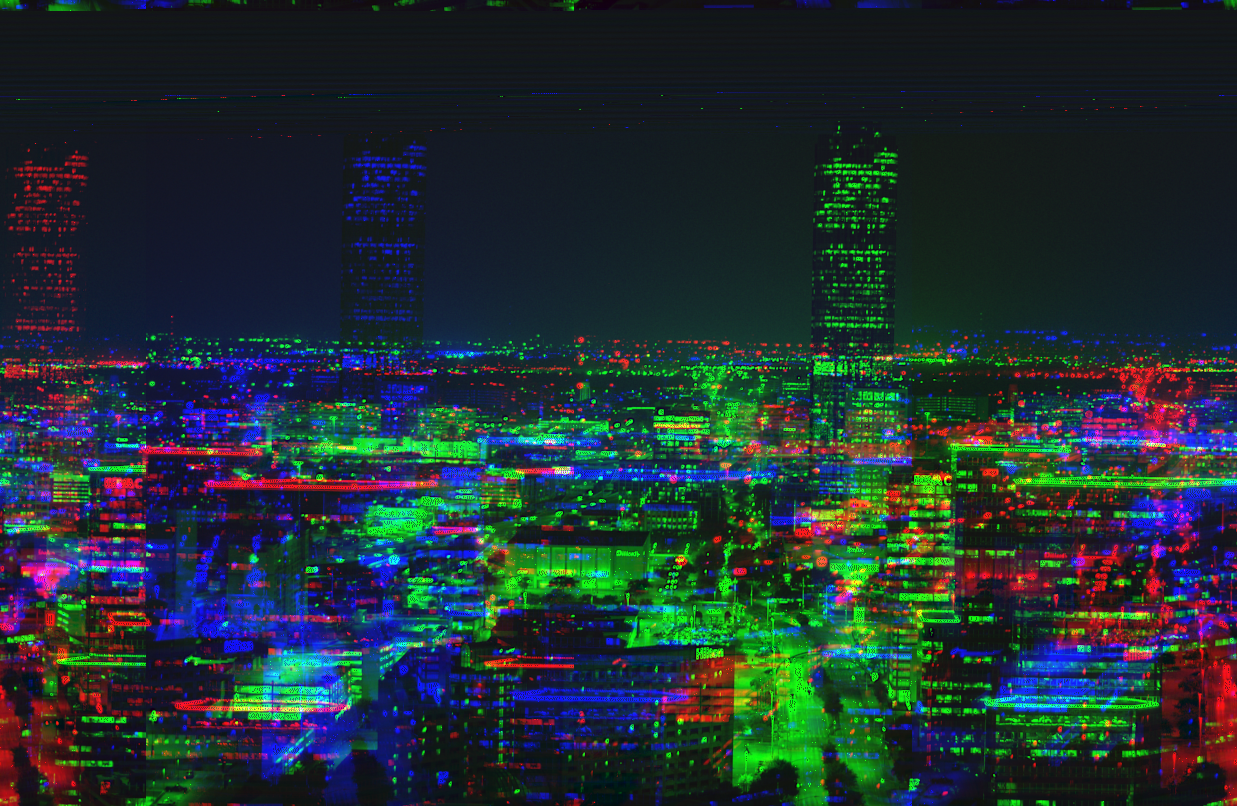 This photo was also skewed the same way from a Nikon, but then I edited it in GIMP as well. 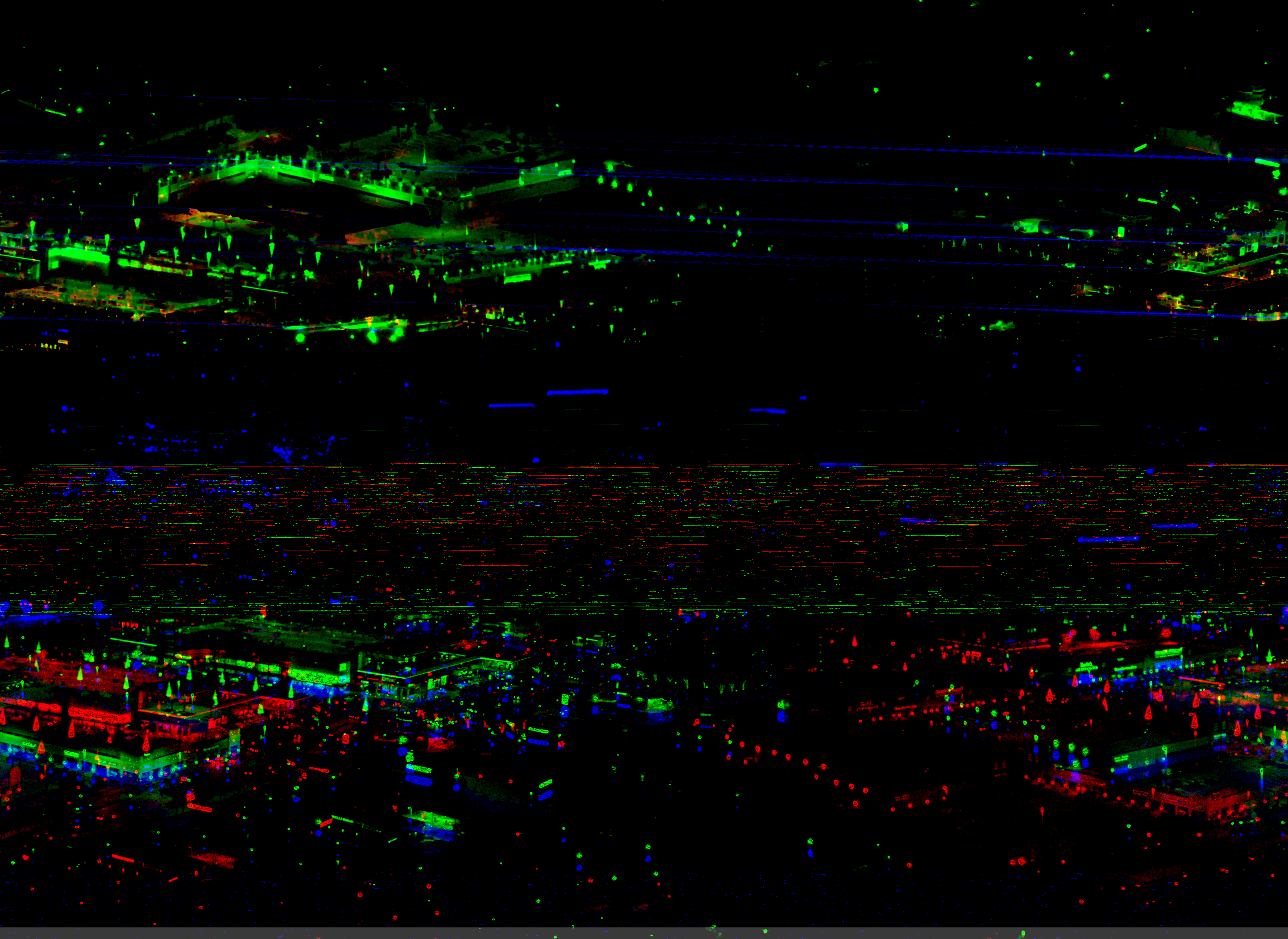 This photo was taken in raw with my Nexus 6p in OpenCamera and then skewed with the same method as the above (you can see the same distortion in the middle). The line in the middle is for reference and is straight in the original photo. Pictures from this point on have not been modified